The Northshore Academy of Martial Arts in Libertyville has been the Martial Arts Leader in Filipino Kali since it’s inception.  Under the Direction of NSA Instructor Tuhon Jesse, Chief of Staff for Pekiti Tirsia & Direct student of Grand Tuhon Leo T. Gaje, Jr., we are proud to bring you the best of what Pekiti Tirsia Kali have to offer.

Pekiti-Tirsia Kali is a style specific to Filipino Martial Arts. Pekiti-Tirsia Kali was founded in 1897 and is the system of the Tortal family. The sole heir and guardian of this system is Leopoldo T. Gaje, Jr. Pekiti-Tirsia is strictly a combat-oriented system, as opposed to a sport-focused fighting style. It is a fighting system that focuses on edged, impact and improvised weapons. PTK has been adopted as the preferred combative training program by elite military and law enforcement units around the world. It claims to be a very lethal fighting method for self-defense.

All fighting ranges are integral parts of the Pekiti-Tirsia system, but special attention is given to closing in to kill in close-quarter combat. Integral to this is a coiled close quarter stance that allows evasion and generation of a powerful strike even in close range. Pekiti-Tirsia is about quartering the opponent, or ‘cutting up into little pieces’, emphasizing destruction with counter offense while not getting hit. The Pekiti-Tirsia methodology originates from offensive and counter offensive principles against attacks from all ranges, angles, and threat levels. There is less emphasis on purely defensive techniques per se, as this is not seen as an effective survival strategy.

A Grandmaster in the Filipino Fighting Arts, Pekiti Tirsia Kali, Tuhon Jesse has over 45 years of Martial Arts experience. A direct student of GrandTuhon Leo T. Gaje, Jr., he serves as the Chief of Staff for Pekiti Tirsia Kali.  Deployed with military forces around the world, he brings real world experiences in regards to combat and the fighting arts.

The Best in Libertyville Martial Arts… Since 1997.

We deal with 2 things in Pekiti Tirsia: Strategy and Tactics. Strategy is a plan of action, derived from continous training, a conditioning to the various flows of attack. The principle of Pekiti Tirsia Strategy is attack — no defense.

A tactical move is how to make the attack effective and how to destroy the enemy. Our offense becomes a counter offense, which is the best defense. The Pekiti Tirsia training is about speed, timing, power, accuracy, and precision.

The Pekiti Virsia vision is to provide the Warrior the attributes of C.O.M.B.A.T.; Counter on Motion Before Attack Time.

We focus on our Warriors’ growth. We provide a positive and pragmatic environment, guiding you from Skill Development, to Expertise, to Mastery.

We proudly promulgate the Philosophy, Ideology, and Attributes of Pekiti Tirsia Kali. As it was given to us by its Supreme Heir and to carry on his Legacy: GrandTuhon Leo T. Gaje, Jr.

Our Stick Fighting Olympiads Class Provides an opportunity to compete with Padded Sticks and Safety Gear in a Controlled and Supervised environment.  See more Below… 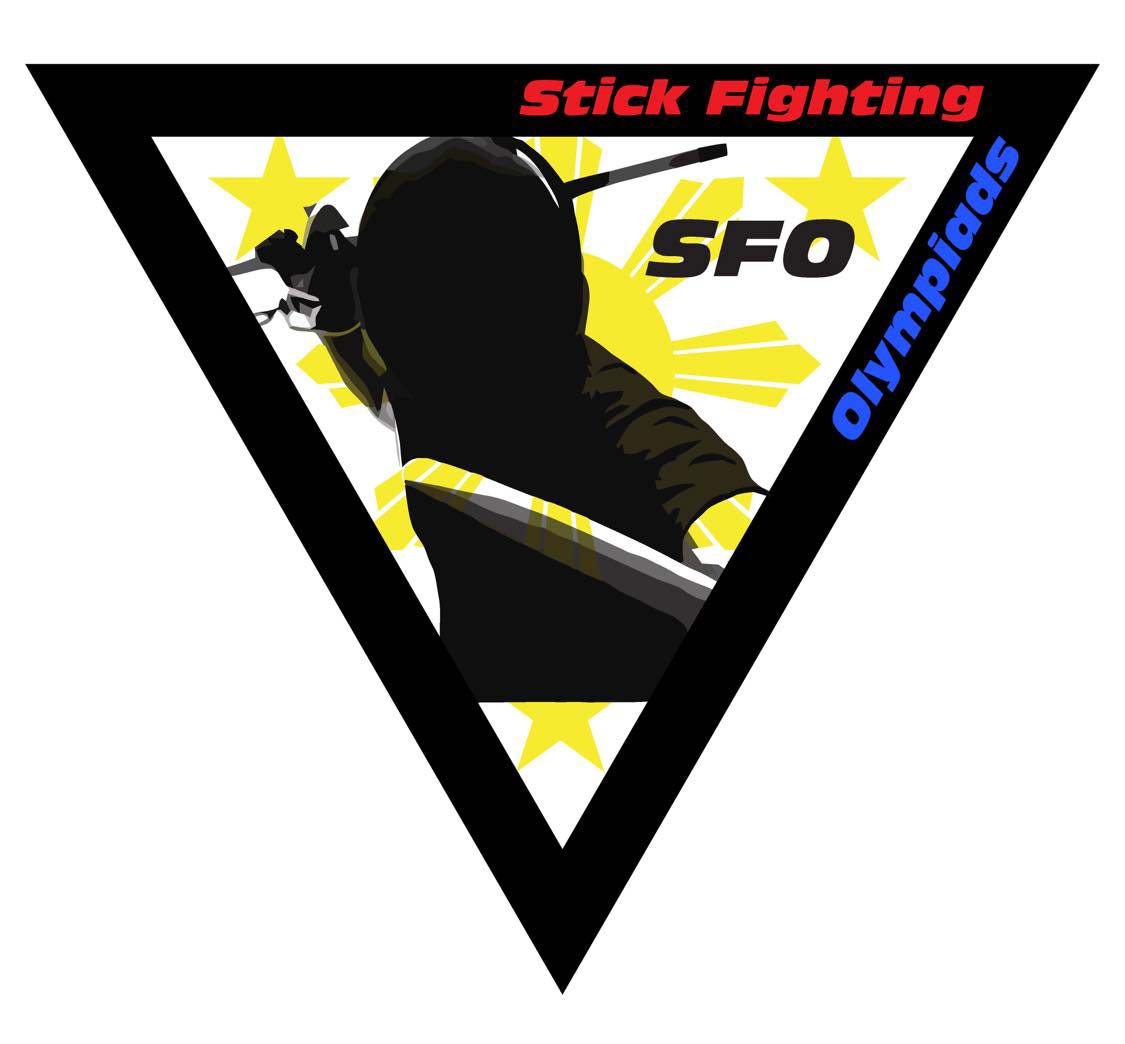 Aside from the self-defense and physical fitness implications, Sticking Fighting is becoming a premier sport for both Youth and Adult. Our Stick Fighting Olympiads Class Provides and opportunity to compete with Padded Sticks and Safety Gear in a Controlled and Supervised environment.  We build a team atmosphere in which our Pekiti Tirsia students apply what they have learned in class and compete at their best with classmates and other PTK schools from around the country.  Pekiti Tirsia Students will EARN their victories… and grow from the losses.

The instructors at The Northshore Academy of Martial Arts have trained for many years to make sure everything we teach is reality based. We’ve trained under some of the best martial artists in the world and are dedicated to staying on the cutting-edge of REALISTIC martial arts training – for ourselves and for you!

Many times when we think about the benefits of martial arts – self-esteem, respect, self-discipline and focus – we generally associate them with children and not adults. The reality is that our martial arts programs have the same benefits for kids and adults alike. At The Northshore Academy of Martial Arts, we believe all levels of martial arts are built upon the same philosophy …and… Nothing can take the place of the security in knowing that you can defend yourself should the need ever arise.

Martial arts at The Northshore Academy of Martial Arts means much more than just self-defense. It also builds mental focus. Our Pekiti Tirsia Classes will help you maintain control over yourself and your environment. It teaches you to handle emotions, stay calm, be persistent and provides you with the tools and willpower you need to stay focused. The physical activity derived from our curriculum will help you find reserves of energy you didn’t realize you had. Through the discipline of our Pekiti Tirsia Program, you will learn to channel that energy into productivity at home… and in the workplace.

Martial Arts… It’s not just for fighting: new research published in the British Journal of Sports Medicine shows that people in their 30′s, 40′s and 50′s who regularly practice martial arts demonstrate astounding levels of physical fitness in comparison to people the same age who don’t exercise at all. The study subjects who practiced martial arts had 12% less body fat, were able to do twice as many sit-ups, had enhanced flexibility and leg strength, demonstrated a stronger immune system and showed greatly improved balance.

These are some of the most overlooked benefits of our Pekiti Tirsia Program. At The Northshore Academy of Martial Arts, you will achieve greater flexibility of your muscles, joints and ligaments. Flexibility is a positive “Double Edged Sword” with improvement to your posture and an enhancement to your ability to move through a full body range of motion. These Martial Arts benefits will also help you age in a healthier way while improving the overall quality of your life.

Because of the greater intensity in the strikes of our Martial Arts Programs, you will be subjecting your body to more aggressive movements. This results in intense calorie burning… which then results in natural weight loss and an improvement in overall physical and mental health. Our Martial arts classes will teach you to practice your set of movements until you have the correct form down pat. This kind of mental focus and discipline can easily be carried over into forming the mental toughness you need to push yourself… while achieving your weight loss goals at the same time.

Feeling stressed out? No need to look beyond our Pekiti Tirsia Program! Psychologists have found positive correlations between training in Martial Arts and lower levels of hostility, aggression …and better yet… higher levels of self-esteem and positive mental attitudes compared to any other sport. At The Northshore Academy of Martial Arts, we understand that cutting stress and learning to handle yourself both physically and mentally are important benefits that you can take advantage of in your everyday life.

At The Northshore Academy of Martial Arts, We know the impact a good instructor can have on a student. Our Rank Certified Instructors are experienced, patient, enthusiastic, and teach with a perfect blend of discipline and fun. Every student receives the personal attention they deserve.  Keeping students interested in their Pekiti Tirsia training requires an element of fun. Traditionalists are usually only concerned with the discipline and structure of their training, but incorporating fun involving proper techniques will add to the value of training and keep students hungry to improve themselves even more.

We encourage you to take advantage of our family discounts and free trial period…Try us out while meeting friendly staff, parents and students. Click here to get started with your free week trial period. If you have any questions about our programs, Please feel free to contact us at 847.573.1672. Thank you for your interest in The Northshore Academy of Martial Arts… We look forward to hearing from you!.